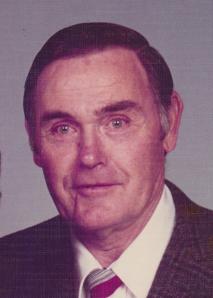 Jack T. Crusa was born in Carthage in 1924 and was a four sport athlete at Carthage High School, lettering in track, baseball, basketball and football, graduating in 1942. He was a four year letterman in football, with the team being undefeated (16-0-2) his junior and senior years. With Jack at running back Carthage won the Big 8 Conference Championship and the post season Ozark Bowl game both years. There was no state playoff program at that time. His senior year of 1941, Jack, who was also the team kicker, had 124 carries for 606 yards, for an average gain of 4.9 yards per carry. He also average 11.3 yards per completion passing, and was the leading scorer on the team. At season’s end, Jack was elected honorary team captain by his teammates. He received the Best Sportsmanship Medal at the 11th annual Sportsmanship Tournament.

When the Big Eight Conference All-Star team, chosen by the conference coaches was announced, Jack was a unanimous selection and was named Co-Captain. Class historians George Flanigan and Stanley Bye claimed he was the “greatest to ever wear the blue and white for CHS”.

Jack received a football scholarship to the University of Missouri, but only stayed for August practice and returned home, knowing that World War II would not allow him to play for Mizzou. He entered Joplin Junior College (now Missouri Southern State University) that fall and joined the Army in February of 1943.

Jack was sent to the European theater, and on Christmas Day, 1944 he was injured at the infamous Battle of the Bulge, and spent three months in a hospital in England, and then 18 months at Fitzsimmons Medical Center in Denver. He was honorably discharged 11/11/1946, receiving the Good Conduct medal and several participation medals, as well as the Purple Heart Award. His leg injury prevented him from ever playing football again.

After recuperating from his injuries, Jack received a business degree from Kansas University, returned to Carthage and spent most of his career as a postal clerk, retiring in 1982. His family included his wife Dorothy, son Jack, and daughters Janet and Ann. He died in 2003 and was buried with full military honors.