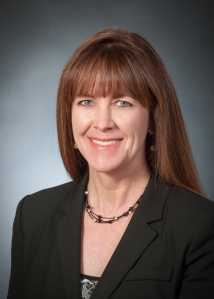 Janet Kavandi was born July 17, 1959, in Springfield Missouri. She lost her parents, William and Ruth Sellers, in an airplane accident in 1967 and was taken in by her uncle and aunt, Mr. and Mrs. Ed England of Carthage.  She graduated from Carthage High school in 1977 and was class Valedictorian.  Janet graduated Magna Cum Laude with a Bachelor of Science Degree in chemistry from Missouri Southern State University in 1980, then obtained a Master of Science Degree in Chemistry from Missouri University of Science and Technology in 1982, and then went to work for Eagle-Picher in Joplin, using her chemistry degree to assist in new battery development for defense applications.

In 1984, Janet took a position as an engineer in the Power Technology Department of Boeing Aerospace Company in Seattle.  She was the lead engineer of secondary power for the Short Range Attack Missile II and the principal technical staff representative involved in the design and development of thermal batteries for Sea Lance and the Lightweight Exo-Atmospheric Projectile.  In 1986, she was accepted into graduate school at the University of Washington – Seattle, and received her doctorate in analytical chemistry in 1990.  She holds two patents on pressure indicating paints, the subject of her doctoral dissertation.

In late 1994 she was selected as an astronaut candidate by NASA and reported to Johnson Space Center in March, 1995.  After a year of training, she was assigned to the Payloads and Habitability Branch where she supported payload integration for the International Space Station.  She served as a mission specialist astronaut on STS-91, the final Shuttle/Mir partnership mission.  Later she worked as a spacecraft communicator in NASA’s Mission Control Center.  Her second mission was aboard STS-99, which was the Shuttle Radar Topography Mission that mapped more than 47 million miles of Earth’s land surface to provide data for a highly accurate three-dimensional topographical map.  In 2001, she served aboard STS-104, whose mission was to add the airlock to the International Space Station.  In 2005 she accepted the post of Deputy Chief of the Astronaut Office, and in 2008 she became Deputy Director, and then Director of Flight Crew Operations at the Johnson Space Center, responsible for the Astronaut Corps and NASA flight operations at Ellington Field. In March 2015, she was named Deputy Director of the Glenn Research Center in Cleveland, Ohio.

Dr. Kavandi has received numerous awards throughout her career, starting with the National Honor Society in 1977 and the Presidential scholarship to MSSU in 1980.  In 1991 Boeing Missile Systems awarded her certificates for Team Excellence and Performance Excellence.  In 1996 she was named Outstanding Alumnus at MSSU.  During her time at NASA, she has been awarded three Space Flight Medals for shuttle flights STS-91, STS-99 and STS-104, two NASA Exceptional Service Medals, two NASA Outstanding Leadership Medals, and the prestigious Presidential Rank Award.

Dr. Kavandi has logged more than 33 days in space and has traveled more than 13.1 million miles in 535 Earth orbits. She is married to John Kavandi and they have two children.